Science Extension Expo opens up a new world of discovery! 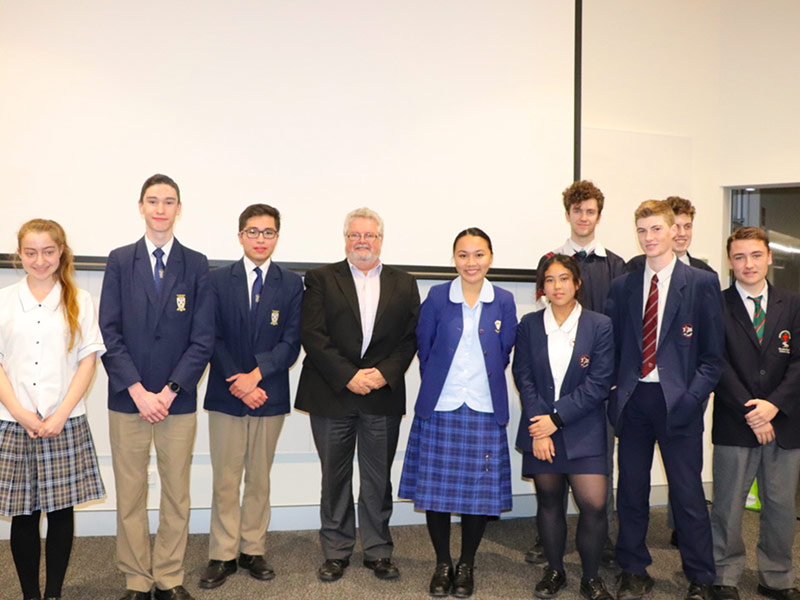 
Catholic Education Diocese of Parramatta (CEDP) wants to change the way science is being taught with secondary students provided the opportunity to investigate their own questions and discover new answers. The results were showcased recently at the Science Extension Expo at Cerdon College Merrylands.

Head Mathematics and Science Paul Stenning said the Expo was all about celebrating the brain power which exists within CEDP and to encourage discovery and the ability to try new things. “This course is not only the first of its kind for the Diocese, but for NSW as well. It is based on the students asking the question and finding out their own answers.”

“Scientific discoveries by young people can only happen when young people are allowed to be creative and not bogged down by tradition," he said.

NSW Education Standards Authority (NESA) Curriculum Inspector Science, Kerry Sheehan said it was his dream 17 years ago to have students from not just Catholic but Public and Independent schools to have a platform to be able to demonstrate their extensive scientific research. “Due to this course….I feel like Santa Clause!" Mr Sheehan said. 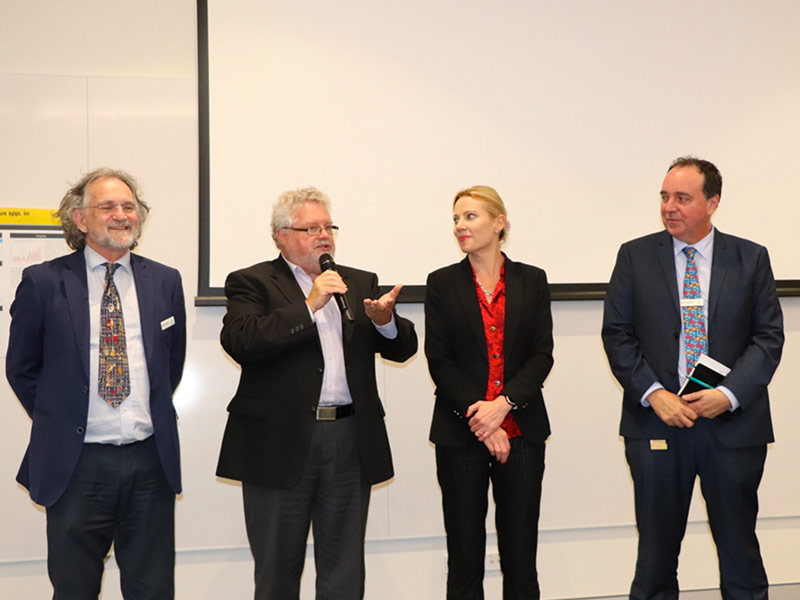 
CEDP Teacher Educators Science Peter Blanch and Kelly Jawerth facilitated the course and lead the Expo. The Expo showcased the work of six featured students who spoke and demonstrated their understanding of their Science projects.

DANIEL GROVE
St Mark’s Catholic College Stanhope Gardens
Daniel investigated the habitability for life on planets in far away solar systems. He used special techniques that measure the light emitted by specific elements, that give indication a planet maybe suitable for habitation by humans
MARY BALABTAS
St Mark’s College Stanhope Gardens
Mary also investigated the signals which indicate habitable and non-habitable environments from planets in far away solar systems. Specifically, she found the indicators were hard to seperate and this acknowledged that better technology is needed before relying on the indicators for a potential 'new earth'. She feels encouraged she has been able to contribute to the body of scientific knowledge in a meaningful way.
DOMINIQUE ESPINOSA
Cerdon College Merrylands
Dominique addressed the issue of resistance to life saving drugs, particularly in those who are immune deficient. She compared the incidence of a pathogen called Azole Resistant Aspergillus, in Australia and overseas and the contributing factors such as health care models and climate.
MICHAELLA DOUGLAS
St Andrews College Marayong
Michaella, also investigated the importance of finding solutions to antibiotic resistance. She used her analysis of current data sets to investigate a combination two-phase approach, whereby antibiotics and viruses that infect bacteria, were largely effective in eradicating bacterial infections. Her research is considered essential work when it comes to assisting the resolution of key public health challenges. 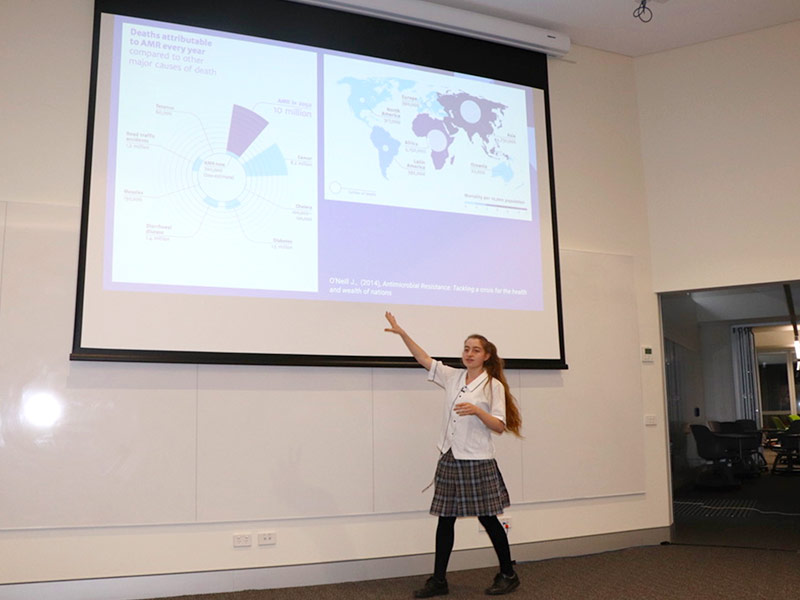 GERARDO PAREJA-DELGADO
St Andrews College Marayong
Gerardo investigated the strength of concrete when aluminium silicates are added. His interest was sparked by his observation that volcanic ash was a large component of Roman concrete, and lasted centuries when compared to the 50 year life expectancy of modern concrete. He provided applications to his findings in Australia that were both feasible and cost effective.
THOMAS LLOYD
St Andrews College Marayong
Thomas investigated the increasing interest in the exploration of Mars. He researched how aircraft wings in unmanned drones can be optimally designed for a Martian atmosphere. He discovered that the lift of the plane is reduced due to low atmospheric density when compared to Earth. He also used complex tools available from NASA to theoretically investigate and compare how the wing measurements will affect aspects of flight.

To cap off the Expo Mr Sheehan congratulated the students on their research. He said the depth and breadth of knowledge and the fact that the students did their presentations without notes was amazing! “My challenge is that we change the question we are asking these young people to: “How are you going to inject yourself into this world?"

Email
Send us an email